These past months I’ve been occasionally doing solo acoustic sets at Gweilo Bar, a watering hole in C. Palanca St., Makati, which I consider home. A comfort zone over the years of being in a band. This is the place where Orange & Lemons launched their first album back in 2003 and where my current band The Camerawalls debuted with our first gig in 2007.

In my decade long experience of being a musician, performing solo, stripped with just an acoustic guitar, is relatively new to me. Something I would rarely consider. The feeling of nakedness rattles me, and even the thought shrinks the confidence in my voice. But I guess I outlived my fear.

Catch me every Wednesday this October as I dish out acoustic versions of original songs I’ve written over the years and covers from artists I love. My set tomorrow is extra special though. Due to numerous requests, I made a spur of the moment decision to feature a lot of songs I’ve written and composed for Orange & Lemons. Catch my set early at 9PM. Entrance is free as always.

If you decide to join me, you can post your requests here. Any song that appeared in the three albums of O&L and let’s see if I can oblige. I might even tell you the real story behind each song. 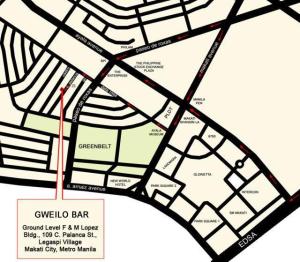 4 Responses to “My Solo Acoustic Sets”